Raphael Edwards’ takes professional basketball team, Cape Town Tigers to the next level after winning South African championships in Johannesburg. Edwards’s style of coaching has licensed the Tigers to move to the next level of participating in the Basketball Africa League (BAL).

The team was established in 2019 and they are already leaving a positive impression. The achievement is owed to the coaching style of self mastery, mental and physical strength imparted by owner and Coach Raphael Edwards.

Edwards expresses the importance of being part of the BAL since it will bring completely new revenue to Cape Town thus boosting the economy which is much needed after the hard hit of COVID-19 which lead to countless job losses.

The talented former professional basketball player plans to venture into the hospitality industry so jobs can be created. The Severus Company formed by Edward and three other partners was established in order for the newly formed basketball team to play in the BAL within 5 years. The team was formed the same year COVID -9 hit yet through all the obstacles that came with the virus the team still managed to beat Jozi Nuggets.

Coach Edwards has a rich background which goes all the way back to the streets of Brooklyn, New York. Young Edwards was introduced to basketball at the age of 14 years by his brother Gill. At first he struggled to grasp the sports and attempted to give up several times but his voice of reason, Gill, encouraged him to keep going in the attempt to keep him off the dangerous streets of Brooklyn in the 80’s and 90’s.

Edwards describes his mother as being tough as nails. She assumed the role of being a mother and father to 5 children and did such an excellent job in playing both roles to a point of Raphael not feeling the impact of an absent father. Although he says “I only felt the lack of a father once I became a father myself”. Only then he comprehended that he had missed out on certain things that he does with his son.

The professional basketball coach has not always had an easy journey especially in the early days of his career where he experienced a lockout the same year he left college in 1998. At that point he was already struggling to go professional but his resilient self kept pushing for a breakthrough and eventually he got it.

After Edwards stopped playing professional his friend Allan became his first client. As the years went by he was named the celebrity trainer as he grew a knack to train celebrities. He established SAND projects where he trained not only professionals but also children in a city where they could never afford to get professional training.

William also known as BJ introduced the idea of Cape Town Tigers to Coach Edwards. BJ and the celebrity trainer are childhood friends – also played basketball with and against each other. William proposed the idea from NBA Africa.

Edwards lined up investors with the excitement of knowing what a beautiful city Cape Town is. He’s pleased that four Americans where offered this opportunity of a life time. Coach Edward strongly believes that Barack Obama joining the NBA Africa as a strategist opened doors to coach the Tigers.

Raphael and the organization are also involved in social development and giving back to society. In his busy schedule of coaching and other commitments he tries to find the time to go to the movies alone. He’s always had the love for filming movies. His book called ‘Star: One will always shine brighter’ was born from a film screen play that Edwards wrote himself. He describes the book as breath taking but not because he wrote it but because it has left readers in tears. He says “the star is a reality and love story but not your typical love story”. The griping book can be found on Amazon.

Raphael Edwards’ journey has lead him to Cape Town this time and he still makes time to go home. He has changed how basketball is played and viewed in South African courts. This is a career move that he does not regret and it also shows in his outstanding achievements with the team. The Tigers are now preparing to compete in the BAL and the Tigers are ready to claim the throne. 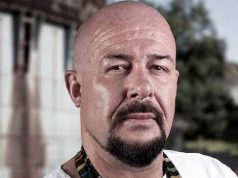 A giant has fallen #RIPJamieBartlett 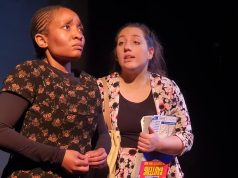 Innocence Lost: A tale of human trafficking and GBV

The Experience Annual Gospel Concert to be held virtually

The youth doing the most