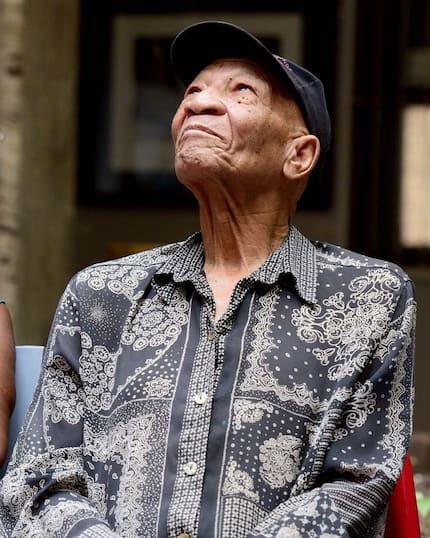 Another light has been dimmed in the literary and arts fraternity. The poet died peacefully at his home in Protea Glen on Monday.

It would be an injustice for SA POSITIVE NEWS not to pay homage to the veteran iconic figure.

Mattera was well known for his poetry and criticism of the apartheid government.

Donato Francisco Mattera (30 November 1935 – 18 July 2022), better known as Don Mattera, was a South African poet and author.  Many described Mattera and admired him as a voice of compassion, an activist who cared deeply for the betterment of his community.

He grew up in Sophiatown before the apartheid government moved his family to Westbury. It was during the campaign against the forced removals from Sophiatown, that the latter became a political activist and a member of the African National Congress.

His diverse heritage was derived from his Italian grandfather, Xhosa grandmother and Tswana mother.

Mattera was a widely acclaimed, respected political and cultural activist and journalist, who received numerous acknowledgments nationally, continentally and internationally.

His autobiography, Memory is the Weapon, was awarded the Steve Biko Prize.

He also wrote several other books including Azanian Love Song and Gone With The Twilight. He helped form the Union of Black journalists as well as the Congress of South African Writers.

Materra also worked as a journalist for The Sunday Times, The Sowetan and the weekly Mail (now known as the Mail and Guardian)

The fallen icon was also a director of the black consciousness publishing imprint Skotaville.

In 1999, the University of Natal bestowed the legend with an honorary doctorate. Then in the year 2006, He was awarded the South African order of the Boabab in Gold for “Excellent contribution to literature, achievement in the field of journalism and striving for democracy and justice in South Africa.

In 2009, the University of the Witwatersrand (Wits) also bestowed upon the legend with an honorary doctorate.

Then in the year 2011, University of South Africa (UNISA) followed suit,   honouring Mattera with an honorary doctorate.

In 2016, the icon scooped the Mazisi Kunene Poetry Award at the Poetry Africa International Festival, Durban.

The Don Mattera Legacy Foundation was established in 2020, in his honour of course.

He was recently honoured with the 2022 Artfluence Human Rights Award for his commitment to human rights and community development.

The might has fallen. A veteran in every sense of the word. An icon in the literary and arts fraternity.

SA POSITIVE NEWS would like extend the deepest, heartfelt condolences to his friends, family and communities he worked in so actively and tirelessly.

His legacy will live on in the foundation he created for the communities of Westbury, Ennerdale, Bosmont and Eldorado Park.

Don Mattera is survived by his wife Maria Arcucci Mattera and five children. 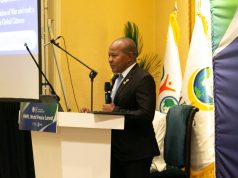 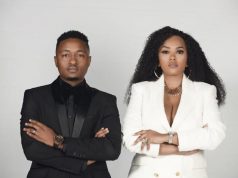