Many young South Africans are disqualified from entering the job market, not because they don’t have the necessary skills or qualifications, but because they simply cannot afford the transport fares to get to and from interviews. This is a barrier that Trusted Interns hope to decrease through an innovative new partnership with Uber.

Trusted Interns launched their #GiveTheYouthAchance campaign by sharing messages of HOPE and inspiration with the youth of South Africa. Now, they’re providing ACCESS to the job market by giving first-time-job-seekers the opportunity to apply for free Uber vouchers to get to interviews. #GiveTheYouthAchance is a three-part campaign which aims to instil HOPE, provide ACCESS and create OPPORTUNITY in the 2020 job market.

Google data suggests that more job searches happen in January and February than any other time of the year, and while this is true, the reality for many young South Africans is that they just don’t have the transport money to get to and from interviews. This is a barrier that Trusted Interns have identified through engagements with their community
of over 40 000 job-seekers.

“We were arranging interviews with employers but our graduates were not showing up. We knew our community was committed and so, something had to be wrong. We decided to pick up the phone and find out what.” said Jaryd Raizon, the Trusted Interns founder.

According to Raizon, the problem extends beyond job creation. Unemployed youth in South Africa are disqualified from entering the workforce because they don’t have the tools needed to access job opportunities. To begin combatting this problem the Cape Town-based start-up, which connects first-time-job-seekers to employers, has partnered with Uber. Uber has graciously donated R10 000 in free rides to get youth to and from interviews and will match a further R10 000 of public donations. Anyone can sponsor an Uber ride, or part thereof, by visiting trustedinterns.co.za and contributing to their Backabuddy fund.

“The youth has a vital role to play in our society and it is important to make them aware that there are infinite possibilities available to them. However, this is only possible if businesses come together to provide them with the necessary tools to reach their potential. We believe reducing this particular barrier to job opportunities is a small but simple step in the right direction. This partnership will not only have a positive impact on the youth but also on those employers looking for talent, who now have access to undiscovered candidates, who previously may not have even gotten into the interview process. We strongly believe in this initiative and we’re honoured to partner with Trusted Interns to make a change in the lives of our youth,” explains Alon Lits, General Manager for Uber Sub-Saharan Africa.

Apart from transport, Trusted Interns have also identified a lack of mobile data to apply for work and professional CVs as other barriers preventing youth from accessing opportunity. Last week saw Busisiwe Mavuso, CEO of Business Leadership South Africa,
share her story of HOPE and triumph even through adversity and Khaya Dlanga, the CMO of Rain Mobile, will soon follow.

“You may have struggled to get to where you are, but it doesn’t mean that you’re not going to continue struggling to get to where you want to be…Know that moving sideways does not mean you will not crown. As long as you are moving, you are growing.“ Busisiwe Mavuso

With unemployment in South Africa reaching 29%, the highest it’s been in over a decade, many people have lost faith, and with 58 out of every 100 sixteen to twenty-four-year olds being unemployed this feeling is intensified in the youth. Before creating job opportunities, or providing ACCESS to these opportunities, the Trusted Interns team knew
it was imperative to reignite the youths spirit.

Now that Trusted Interns and Uber have created HOPE and ACCESS, they need collective action to move forward. Those who are interested in donating an Uber ride or if you are a first-time-job-seeker and would like more information on how to apply for this benefit, visit www.trustedinterns.co.za Trips are limited to those residing in Johannesburg, Cape Town, Durban, East London and Port Elizabeth and only available in UberGo and UberX.

The final part of the campaign, titled OPPORTUNITY, launches on January 20 and will call on the businesses of South Africa to commit to hiring at least one graduate in 2020. 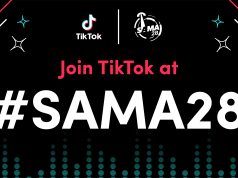 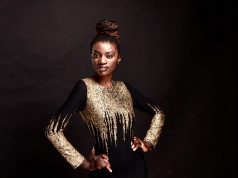 OPINION| We are back at Ancient Modern Era