Kaizer Chiefs will be turning 50 on Tuesday the 7th on January 2020 of which they have decided to call it the Golden 50. Chiefs will do an exclusive all-black kit with gold trimmings, as worn by Vusi ‘Computer’ Lamola and Doctor Khumalo alongside Bernard Parker for the launch.

Chiefs will continue to wear the new jersey throughout the year, which has been launched Monday morning. They will be in a new kit to celebrate the 50th anniversary of its formation for the first time as they will take to the field against Highlands Park on Wednesday.

In celebration of their anniversary, the gates will be open to the public on Wednesday against the Lions of the North with organisers expecting the match to be sold out. 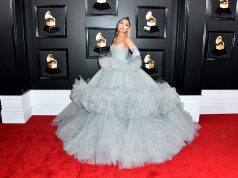 Tributes pour in for Kobe Bryant

Siphokazi is back with a twist of 4IR

Life after Matric: “I struggled throughout tertiary because of poverty”